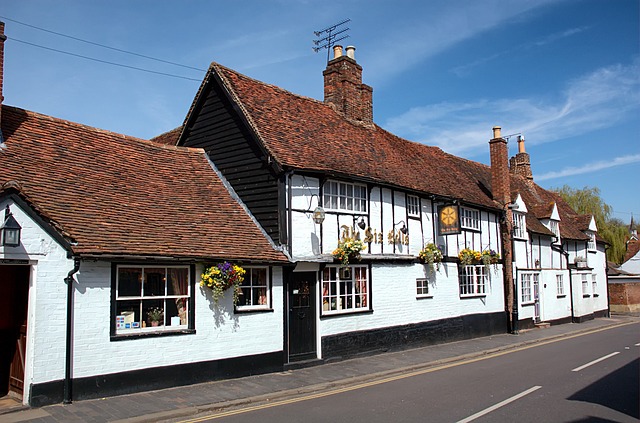 Not everyone is fleeing metropolises for village life – savvy buyers are heading to regional cities for the best of both worlds.

When it comes to cities in the post-Covid world, it seems that small is beautiful.  Urban dwellers may be hankering after more space, but for many of them rural isolation is not the answer.  House price data suggests that our appetite for a “middle way” – something between village calm and metropolitan buzz – means that some small cities are in higher demand than a year ago.

Using data from property firm TwentyCi, the estate agency Savills identified the cities where the rise in agreed sales this year compared with 2019 most outpaced that of their surrounding region.

With the exception of Bradford (population 539,800), the top 10 all happened to be “small” cities with populations of below 300,000: crowning the charts was Carlisle in Cumbria, whose growth in popularity surpassed the wider region’s by 21%, followed by Winchester (17%), Chichester (12%) and Chelmsford and Lichfield (both 8%).  The top 10 was rounded out by St Albans, Canterbury, Newcastle upon Tyne and Worcester.

On the appeal of semi-rural life, Mark Astey of Jackson-Stops, an estate agent in Chichester, said “It’s the fact you can walk across a city in 15 to 20 minutes – although bumping into two or three people you know usually slows this, because of the small-town intimacy – and being in the countryside within a five-minute drive.”

Cathedral cities seem to be in demand.  In the case of Canterbury, Chichester, Lichfield and Winchester, the allure of a compact, historic city sitting next to areas of outstanding natural beauty is not hard to fathom.  Chocolate-box cobbled streets filled with ancient inns and independent businesses are often coupled with historic high-performing schools.

Certainly, Canterbury in Kent – home to England’s oldest school, King’s – ­continues to appeal to city escapees for having “everything the capital has to offer”, from theatres and art galleries to a Fenwick department store.

Escape to Newcastle: a place in the fun

Television presenter Jonnie Irwin moved to Jesmond from Hertfordshire with his wife, Jess, and 18-month-old Rex in March.

Jess gave birth to twin boys a week later and Jonnie has loved the convenience of living in the Toon.

The presenter of Escape to the Country and A Place in the Sun said: “Everything is so easy to get to. Rex and I love cycling on the quayside along the Tyne. But my favourite part is Ouseburn, a formerly run-down area of warehouses now with creative businesses such as the Cook House, a great restaurant.

“There are also wonderful green spaces such as Jesmond Dene and the Town Moor and I didn’t realise how close to the coast it is. Long Sands Beach is a regular Saturday haunt after ducking into Tynemouth Market for a coffee.

“Everyone is so friendly and it’s so easy to live here.”

On its doorstep is the trendy seaside town of Whitstable and the Turner Contemporary gallery at Margate, or the Kent Downs to its south.  The pace of life is slower than in London but there’s a high-speed train link that takes 51 minutes to get to St Pancras.

It was Lichfield in Staffordshire that attracted Les Riley, a geologist.  “Small, walkable, free from litter and graffiti – it’s a very friendly city” he said. “I love the wonderful buildings and fantastic cathedral, and it’s easy to walk straight into the open green belt.”  The average property price in Lichfield is £326,793, according to Zoopla, and Birmingham is only 16 miles to the north for anything Mr Riley cannot find in the city of 33,000 people.

For those Londoners who can’t face too much distance from the Big Smoke, the commuter belt city of St Albans appeals.  The fact that St Albans is a 21-minute train ride north of King’s Cross was the reason Stephanie Green, 27, moved there with her boyfriend after renting in West Hampstead, north London.  She said “We can easily whizz back into London to see our friends but equally there’s enough going on in St Albans to keep us busy for a whole weekend – independent shops, gin and jazz festivals and the arthouse cinema, Odyssey.”  The Fleetville Larder, for cheese and wine, is another favourite.

Property prices are not much lower than London’s. The average price is £582,969 according to Zoopla, and you’ll pay handsomely to be in the conservation area, said Rozanne Edwards of estate agent Strutt & Parker.  “Recent sales have included a two-bedroom cottage for £500,000 and a four-bedroom Victorian townhouse for £875,000 – bought by a London couple” she said.

Two more cathedral cities sit either side of the North Pennines Area of Outstanding Natural Beauty in England’s far north: Carlisle and Newcastle upon Tyne.  Traditionally one in four buyers has been from outside the area in the compact Cumbrian border city of Carlisle, but in 2020 this has risen to half, said Will Tod, owner of local agency Hayward Tod Associates.

“We’ve seen buyers from Birmingham, Liverpool, Manchester and London looking for a well-connected city (via the West Coast Main Line and M6) that’s only half an hour to beautiful areas: the Solway Coast, Hadrian’s Wall and the Lake District” he said.

The eclectic eateries of the historic quarter, near the castle and cathedral, provide the small-town buzz.  Prices are attractively modest too, just £150,000 to £350,000 for a three-bedroom house.

Follow Hadrian’s Wall east and you’ll reach Newcastle, the famously lively former industrial hub on the River Tyne.  Locals rave about the “village culture” of the university city that has been earmarked for a new BBC tech hub.  The city’s prime residential areas are Jesmond and Gosforth but Heaton has been on the up, with houses starting at around £200,000 although the average property price in Jesmond was £330,345 over the past year, according to Rightmove.

What if you hanker after urban life but these low-six-figure populations still feel too crowded for you?  Savills also looked at all the cities with growth above the national average and pulled out the 20 with the smallest populations.  The list is topped by Wells, with annual house price growth of 8% and a population of just 12,000 people in and around its medieval heart.

One of the smallest cities in Britain, Wells, which sits on the southern edge of the Mendip Hills, has the Somerset Levels on its doorstep, with Bath and Bristol within an easy drive for your big city fix.  Schooling is good; parking can be bad.  “Unlike Bristol, it attracts purely lifestyle buyers – for its old England charm and very manageable size” said David Wild of Savills in Bristol.  “It’s also more affordable, with a Georgian house in a prime city-centre location such as Cathedral Green costing around £240 per sq ft – compared with £500 in Clifton (Bristol’s fashionable quarter).”  For sale on the Green currently is a four-bedroom terraced house for £895,000 (through Savills) but the average semi-detached house is £288,713 according to Rightmove.

Image by David Mark from Pixabay