The importance of broadband speeds when buying or selling a home 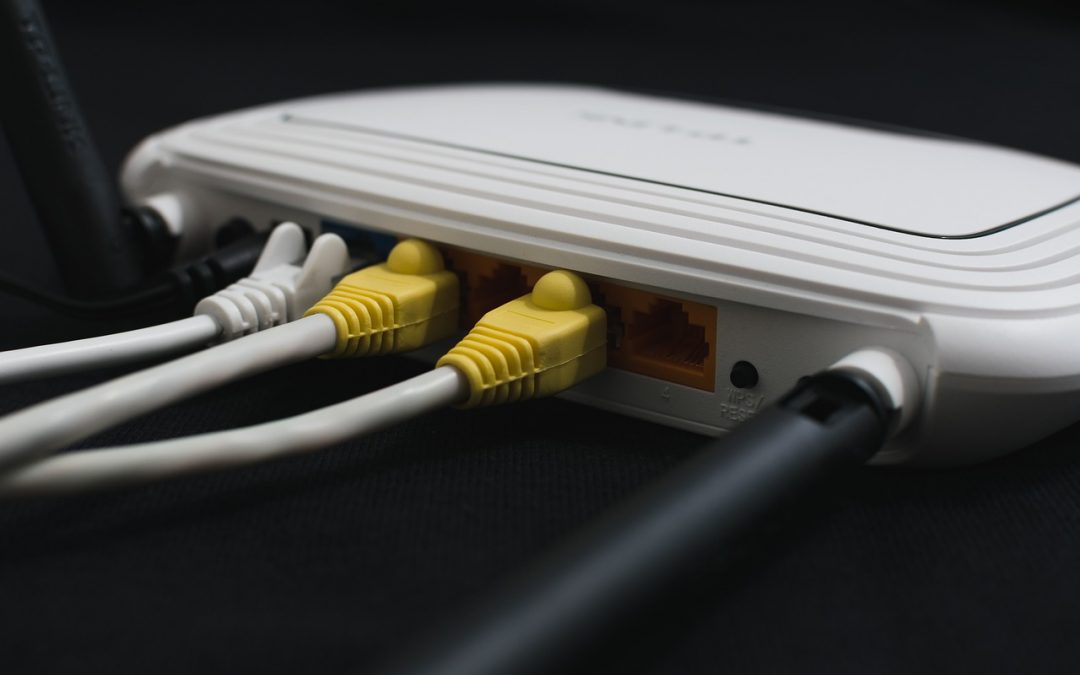 Now as essential as water and electricity, a country home’s internet speed may make or break a sale

Slow internet speeds are no longer a quaint and unimportant side-effect of living in the countryside.

As the number of people working – and schooling – from home has soared, the importance of having a good connection has risen from handy to as essential as water and electricity.

Internet speeds now appear on sales particulars of country houses, alongside the standard information about the number of bedrooms and acreage.

Lindsay Cuthill, of estate agency Savills, said: “It’s more relevant than ever before. The speed of broadband used to be a question that was put to us only by high-powered businesspeople.  But now even Granny needs it so that she can enjoy Zoom calls with the grandchildren.”

Poor internet speeds have a knock-on effect on property values.  Homes with poor internet connectivity will sell for an average of £38,902 less than the market value, according to satellite operator Eutelsat.

Potential buyers said they would only be willing to purchase a property with poor broadband if it came with a 16% discount, the company found in a survey.  Two fifths (39%) would not even consider homes with slow speeds, and 52% would shun an entire area if their research revealed sluggish internet.

Across Britain, there is wide disparity between availability of full-fibre broadband in urban areas compared with the countryside.

The regulatory body Ofcom has estimated there are 9.6 million homes and businesses in rural areas that are lagging behind in terms of internet service because the infrastructure is not in place. Research by Savills found that 17% of rural households did not have access to superfast broadband (defined as 30Mbps or faster). As of May 2019, 68% of households in urban areas had superfast connections compared with 59% in rural towns and 53% in other rural areas.

Robin Gould, of buying agency Prime Purchase, said rural broadband was now a big issue for his clients.  His job takes him to properties across the South West, where speeds can vary from mile to mile.  “The average buyer coming out of London is shocked to find that 8-10Mbps is pretty common in the country” he said. “Teenagers hop out of the car on a viewing and the first thing they notice is that there’s no 5G.  The answer is usually that they’d be lucky to get 3G.”

How to check internet speeds on property viewings

Mr Gould helped a client buy in the New Forest last year who needed a 40Mbps connection. “The house had poor coverage, so the client said he’d just put a dedicated line in. It was quite a long way from the house to the village and BT quoted £50,000 for the installation.”

For some, this process of installing high-speed internet – which takes time and can run into six figures for a very specific bandwidth – will break the sale. “We were selling a lovely house and had an interested buyer” recalled Mr Cuthill. “While he wasn’t put off by the cost, he couldn’t afford to wait for the connection and walked away as a result.”

There are also broadband rural hotspots where investment has connected millions of homes to networks.  Superfast Cornwall, funded by the EU, BT and the local council, connected 90% of homes in the county and the Isles of Scilly to fast broadband.  The remaining 10% can apply for grants to request connections under the broadband universal service obligation, which gives people the right to a connection of at least 10Mbps.

For properties that aren’t connected to the digital network, there are other ways of getting online, such as mobile broadband and a privately funded “fibre to the premises” solution that is carried out by communications providers.

Others have taken it into their own hands.  Barry Sunley, a North Yorkshire-based electrical engineer, established Moors Web, a community broadband service that installs a wireless network using radio technology.  It currently has about 350 subscribers across a number of dales in the North York Moors National Park and provides superfast 30Mbps connections.

“Back in 2006, we were aware that urban areas were benefiting from broadband while we were still using dial-up modems” explained Mr Sunley.  “We are nine or 10 miles from the exchange and were getting the princely speed of 28Kbps.”

The system feeds houses by radio link using line of sight.  Unlike many current rural connections to fibre-optic broadband that use old copper cable between the hub and a property, resulting in huge degradation of the service, distance here is irrelevant.

Bernard Glass, also of Moors Web, said: “The topography of the Dales, with its smooth valleys without many trees, which offers remarkable visibility, makes this an ideal way to connect.”

Keeping costs competitive is the big challenge, added Mr Glass. He pays £32 per month, which is about to rise to £42 for Moors Web’s upgraded network, implemented using the Government’s rural gigabit voucher scheme, which will offer ultra-fast 100Mbps connections.

One result of their success is that schools that were on the verge of closing, due to families moving away to better-connected locations, are starting to fill up.

But their plan to bring high-speed internet to the Dales has brought controversy, too.  When the proposal was first put together, one of the arguments for securing capital funding was that it would enable people to stay in the area and enhance their prospects.  “One of the unforeseen consequences is that people are moving into the area because of the excellent broadband and thereby pricing young locals out of the property market” explained Mr Glass.

Just how carefully buyers assess broadband quality before committing to purchase is under scrutiny.  In recent research by the price comparison site Uswitch, Seymour Gardens in Nunhead, south-east London, was named among the ten streets in the capital with the slowest broadband.

Yet according to Sean Doyle, of the local branch of estate agency Winkworth, who is marketing a flat in the street, the quality of broadband “hasn’t been flagged up to us by buyers or sellers as an issue”.

The same survey found that Queens Road in Weybridge, Surrey, had the UK’s worst broadband, at 0.12 Mbps.  This is 5,330 times slower than Dale Lane in Appleton, Cheshire, which had the best at 640Mbps.

Ali Zade bought an apartment in Queens Road through estate agency Jackson-Stops last year, and wasn’t aware of any broadband issues on the street before buying. “My partner works from home, but as the development has BT fibre-optic internet installed, none of us living here experience any problems.”  Which goes to prove that it’s more important than ever to do your research on the ground.

Image by Lorenzo Cafaro from Pixabay