How to invest in the high-risk, high-reward short lease property lottery 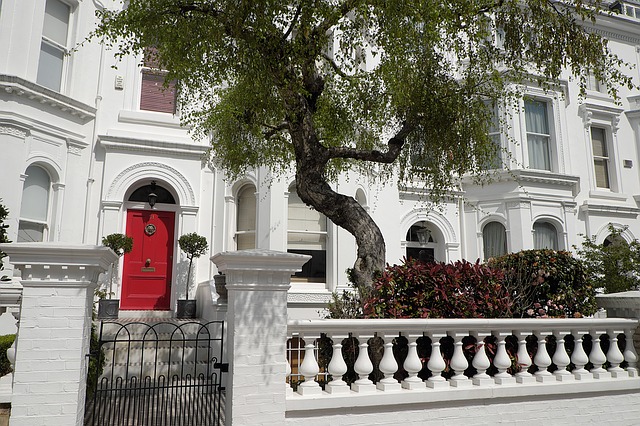 Fancy a £1 million flat? It’s yours for an eighth of the price if you can stomach a dangerous gamble on new leasehold reform!

There is a lot you can do with £130,000 – but can you buy a property in one of the priciest areas of central London?  Dream on.  Unless, of course, you are a risk-amenable, cash-rich investor with a very steady nerve and plenty of patience.

The flat in question is a one-bedroom doer-upper on Rosary Gardens in South Kensington.  This week it went under the hammer, selling for £127,000 after 14 bidders fought for it at an online sale by Auction House London.  There is a catch: only 11 months remain on the flat’s lease.  Its new owner will either have to pay an unspecified sum to extend it, or hand it back to the freeholder.

Andrew Binstock, the auctioneer, said: “It just went crazy. We had a 20-minute bidding war, I was screaming for bids, and eventually it was whittled down to two people going crazy against each other.”  Its new owner now has a month to complete the sale.  Then, by the end of the year, they need to negotiate an extension to the lease or forfeit it back to the freeholder.  How much this could cost is a complete unknown, but they will not need to pay stamp duty on the sale and, once modernised, the flat should be worth close to £1m.

It is the lure of healthy profit margins that has long encouraged such investors to take a chance on a short-lease flat.  And in future these should be much safer bets.  At the start of January, the Government promised an overhaul of the leasehold system.  Owners will have the automatic right to extend their leases to 990 years, the system of annual ground rent payments will be dismantled, and the cost of lease extensions will be reduced.

Crucially, it will no longer be the case that the shorter your lease, the more you have pay to extend it. “We get loads of short-lease properties to sell,” said Mr Binstock.  “The trouble is, at the moment, that you are at the mercy of your freeholder who will be much more clued-up than you, and have much deeper pockets, and be able to bully you.  The new system is great news for buyers, and very bad news for freeholders.”

Even under the current system there are still some good reasons to buy a short-lease property: low entry costs, less stamp duty to pay, and limited competition from other buyers.

The Government’s plans for reform add another incentive to the list.  Buy now, at a price that will reflect the current cost of extending a lease, wait for the reforms to come into force, and then extend the lease at what Robert Jenrick, the Housing Secretary, has promised will be a lower cost.

“If you believe that this is definitely, 100% going to happen, then yes, it is a great idea,” said Mr Binstock.

Andrew Wishart, of consultants Capital Economics, predicted the value of leasehold flats would bounce once the new system was in place by “roughly the amount of the savings [of extending the lease], if not a little bit more”.

But Jeremy Dharmasena, head of leasehold reform at estate agency Knight Frank, has argued that investors will start cottoning on to this idea immediately, upping the value of short-lease properties even before the change is made.

“Arguably the value of short-lease properties will be affected over the period until the law is changed, and beyond,” he said.  “It is possible short-lease values will increase if buyers believe it will be much cheaper to obtain a lease extension in the future.”

As a result of a renewed interest in these properties, Alex Ingram-Hill, of agent John D Wood, predicts that good short-lease properties will become harder to find.  “Many owners may decide to hold, in order to cash in on cheaper extensions and then sell,” he explained.

When the new system is in place, Claire Lamkin, of legal firm Blake Morgan, is confident that leaseholders’ lives – and finances – will be improved. “It starts to make ownership of leasehold properties as attractive as owning a freehold,” she said. “Demand for them should increase – pushing up the property price.  But we will have to wait and see what happens in practice.”

Ms Lamkin’s caution is well placed because – before you rush out to find a cheap short-lease property – there are potential flies in the ointment.  The first is that you will need to be a cash buyer.  Mortgage companies are unlikely to lend on a property with a lease life less than 70 years, said Mr Binstock.

The second is time frame. Andrew Wells of estate agent Allsop was concerned that ministers “appear keen to court headlines rather than land on specific detail,” including exactly when all of this will happen, and how costs will look under the new system.  “I believe it’s a good thing that aggressively increasing ground rents will be stopped,” he said.

“It will hopefully make flats easier to sell, and right now flats are having a hard time, with cladding, service charge and leasehold issues conspiring against them.”  The Government’s proposals will certainly find powerful opposition, because they are a body-blow to freeholders.

For investors prepared to wait on the reforms – and it would be wise to think in terms of years rather than months – Marc Goldberg of estate agency Marsh & Parsons, said it was inevitable that the value of their property would escalate.

“If it becomes cheaper to extend a lease and the ground rent outgoings are to be removed, there will be a positive impact on the value of the property,” said Goldberg.  “Access to mortgages may also become more accessible for shorter leasehold properties, and if so, this will increase demand for these properties.”

Image by Jonathan Wilkins from Pixabay