Cladding roundup – leaseholders still at risk, but one developer leads the way… 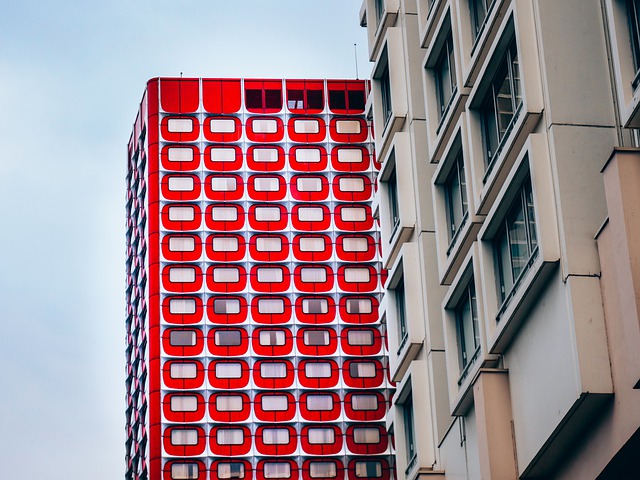 Following the recent vote in parliament to reject the latest amendment to the Fire Safety Bill, Mary-Anne Bowring of Ringley has outlined what this means for leaseholders.

The amendment to the bill aimed to protect leaseholders from costs to make their homes safe in the wake of the Grenfell Tower fire.

Bowring, who describes the decision as a ‘kick in the teeth for leaseholders’, says: “The House of Lords has sent the FSB back to the Commons for debate twice. Both times MPs have voted against changes that aimed to protect leaseholders from remedial fire safety costs.”

“But as with most political hot potatoes, there is more to this one than meets the eye. The amendment penned by the Bishop of St Albans (and the previous so-called McPartland amendment) was certainly laid down with the best of intentions.”

During the debate, which took place on 27  April, Housing Secretary Robert Jenrick explained that while the latest amendment may have let leaseholders off the hook, it didn’t make provision for remedial works to be paid by other means.

Bowring says this would have meant leaving blocks high and dry without any means of funding waking watches, fire alarm maintenance and so on.

“It could well have meant the fire service deeming blocks unsafe and forcing residents to evacuate. Extreme yes, but following the letter of the law, entirely possible,” she continues.

So, what do beleaguered flat owners do now?

“The government’s promised loan scheme for people living in blocks below six storeys has so far failed to materialise and the Bank of England has raised fears that the cladding scandal is now affecting property values so badly that it could tip the UK into another financial crisis.”

“The government is hanging its hat on the Building Safety Bill which is due to start its passage through Parliament following the Queen’s Speech on 11 May. This is the right vehicle for dealing with leaseholder issues according to the MHCLG.”

Bowring says given that the secondary legislation following the bill is likely to pick up on issues of cost and liability, it could take up to another two years to pass into law.

“Something needs to happen – and fast. But at the moment it is hard to see where the help that leaseholders so badly need might come from,” she concludes.

Homes with unsafe cladding could lose up to £11.43bn in value – claim

Research by property developer StripeHomes has revealed how much leasehold flat owners could see wiped off the value of their property affected by ACM and other unsafe materials.

With parliament voting against protecting leaseholders from fire safety costs, the move could cost individual leaseholders as much as £75,000. However, it’s thought the cost will be £9,000 on average.

Housing data from MHCLG shows that there are some 1,270,000 leasehold homes over 11m in height that could be affected by the scandal. This could mean the total cost could run as high as £11.43 billion based on the average estimated cost of £9,000 to leaseholders.

While there are approximately 610,000 of these homes that do not require an EWS1 process, it still leaves 660,000 homeowners facing a hefty cost to rectify the wrongdoings of their developers – a cost that could still reach an estimated £5.94 billion.

But what does this mean for property values for those incurring this cost?

James Forrester, managing director of StripeHomes, comments: “The extent of the fire safety failings by many big housebuilders has been gobsmacking, to say the least, and now the lack of support from the government to those impacted really is the anti-cherry on the cake in what has to be one of the biggest scandals to ever hit the UK property market.”

“Time after time we see hardworking homebuyers receive below par properties, from greedy developers, intent on cutting corners in order to maximise profits. A practice that has led to one of the most horrific and devastating events in recent times with many more still residing in unfit homes through no fault of their own.”

He adds: “Now, if they wish to rectify this issue, they will have to do so out of their own pocket adding a significant chunk to the cost of their home. Failure to do so leaves them with an unmortgagable home and one they will be unable to sell anyway.”

StripeHomes analysed the number of leasehold flats to have sold in the last year to find the average sold value in each region of England, before applying the potential price decrease of rectifying potential fire safety shortfalls.

The figures show that across England, a cost of £9,000 to address these issues would wipe 4% off the value of the average leasehold flat, although those hit the hardest would see a maximum cost of £75,000 remove 33% from the value of their home.

This impact is greatest in the North East where house prices are at their lowest, with the average cost of £9,000 removing 10% from the value of the average leasehold flat, climbing to as high as 83% should they be hit with the maximum cost of £75,000.

Leasehold flat owners in the East Midlands would also stand to lose the most footing the bill for poor fire safety standards, losing an average of 7.6% or potential as much as 63% for those worst hit.

In London, the far higher cost of property means that the smallest amount of value would be lost, although those hit with the highest cost of £75,000 could still stand to see 17% wiped from the value of their home.

A North West-based developer has taken action to adhere to expected rulings under the Draft Building Safety Bill ahead of the expected compliance schedule.

Beech Holdings and subsidiary company Manchester Apartments has already appointed a building safety manager – a position that the Draft Building Safety Bill is expected to enforce by 2023.

The Bill has been brought forward by the government, which intends to improve building and fire safety following the Grenfell disaster in 2017.

According to Beech Holdings, the appointment is fundamental for instilling trust in tenants and demonstrate its level of commitment to the highest safety standards for every development it has completed and will deliver to market.

With almost 10 years’ experience in the property services sector, Phil Rawlinson will be tasked with assessing all Beech Holdings’ portfolio and maintaining the highest standards.

Once completed, he will be fully involved with the recent new purchase of a landmark 18-storey building in Newcastle which will be home to 250 residents.

Jonathan Griffiths, director of Manchester Apartments, says: “The horror at Grenfell Tower reminds people that the choices that are made in construction, before a single brick has ever been laid, are fundamental to the safety of the people that will eventually live in the properties we build.”

“I am proud of the quality of our developments and the level of safety we adhere to, but as a business, we will never be arrogant to think that change and improvements are not part of our ongoing commitment to the communities we construct.”

Beech Holdings and Manchester Apartments are optimistic that the new Bill will change the outlook for many residents across the country and hopes it will play its part in highlighting the value in best practice and striving to always do better.

Image by Clément Prat from Pixabay