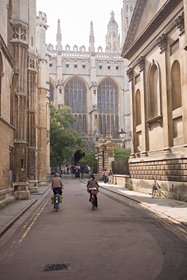 According to the Sunday Times newly-published guide ‘Best Places to Live 2016’, De Freville Avenue in Cambridge has been given this award based on its location in the city and its proximately to flourishing “café culture”.

The villages of Great and Little Abington also had the honour of being listed along with the village of Houghton between St Ives and Huntingdon.

All of these locations made the grade scoring well in categories such as crime rates, school performance and house prices.

The Abingtons were described in the guide as “well-placed, well-placed and well-schooled”[2].

Last year’s winner was the Cambridge suburb of Newham.[3]