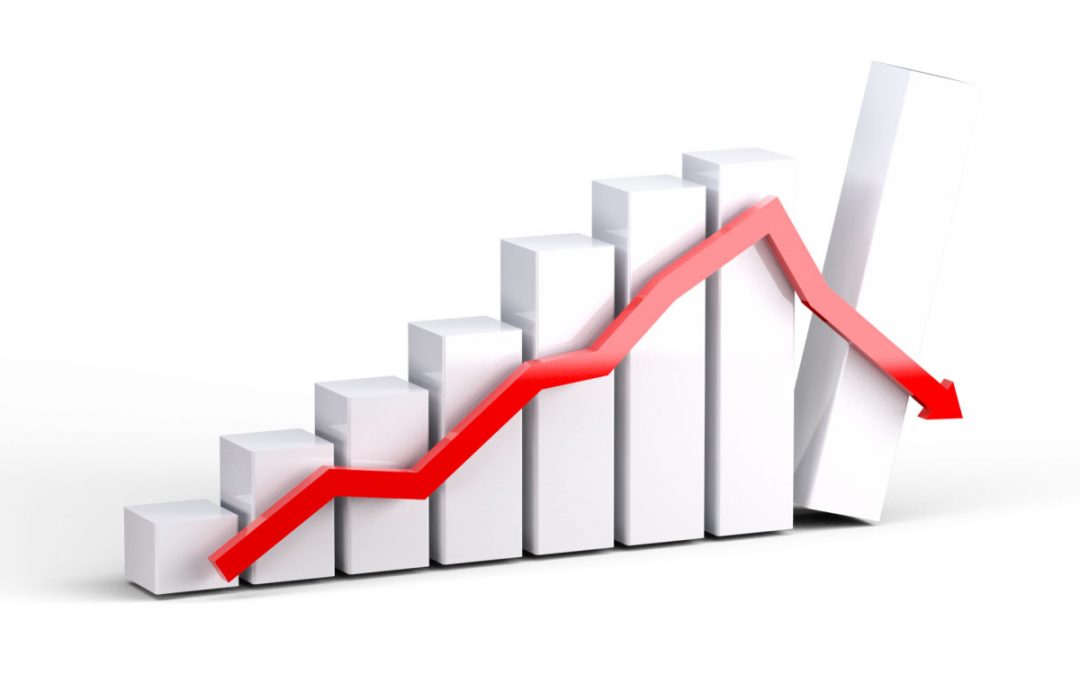 During the 2008 financial crisis, property fell in value by 20% in just 16 months. Repossessions soared, and it was only in May 2014 that the average house price recovered to pre-credit crunch levels. In some areas of Britain, they have still not recovered.

The big question haunting the property market is whether it is experiencing a repeat of this cataclysmic event as a result of lockdown and the economic fallout of the pandemic.  Will this be worse than 2008?  “The pace of change to day-to-day life and the news agenda is similar to the run-up of the financial crisis” says Lucian Cook, head of research at Savills. “This time, it’s happened more swiftly, with a year’s worth of events compressed into a month.”

In many ways, the impact of coronavirus on the property market could be much more severe than during the global financial crisis. “The fundamental difference was the market didn’t close” says Simon Rubinsohn, chief economist at the Royal Institute of Chartered Surveyors (RICS).  While the financial crisis was centred around the banking sector, the current pandemic affects “virtually every aspect of the economy” he adds. “The macro economy is suffering its worst shock since the Second World War. It’s going to leave battle wounds.”

When comparing the limited amount of data we have so far about the market, the current situation has echoes of 2008.  Since lockdown, the number of agreed house sales has plunged by 92%, says Richard Donnell, director of research at Zoopla.  By comparison, in January 2008, as the financial crisis struck, transactions hit a low of 42,000.  By January 2009, house prices had dropped by 15% year-on-year, according to data from the Office for National Statistics.

From now until June this year, Donnell expects the monthly number of sales to sit between 20,000 and 30,000 – at worst, half the January 2008 benchmark.  Transactions will take a while to pick up again as the pipeline of a sale is typically five months, so “2020 will be the year when we had half a market” he adds.

RICS’s monthly survey of price expectations, which acts as a fairly accurate bellwether of the market, has just recorded its largest drop since 1998.  House price growth tends to follow this marker a few months later.  Does this sharp fall in transactions mean house prices will drop by twice as much as after the financial crash?  Not necessarily, partly because the causes of these two contractions are different.

“The significant falls in values and transactions in 2007 were a consequence of less credit and an imbalance of supply and demand, which had a bigger impact on pricing” says Cook. “The current inability to transact and most people’s ability to put plans on hold means that the medium-term outlook now is a bit different to back then.”

The outlook for the housing market is now very closely tied to the quick recovery of the economy and resulting unemployment figures.

One of the most negative house price forecasts published so far is by Alastair Neame, an economist at the Centre for Economics and Business Research, who has predicted prices will fall by 13% this year.  “We are particularly pessimistic” says Neame, because disposable incomes are forecast to drop by 5%.

As people purchase homes with lending, this number gets multiplied up when it comes to its relation to house prices, says Neame. This will be compounded by the fact that lenders are already becoming far more risk averse.  Even if people haven’t lost their jobs, their buying power will be significantly decreased.

The property market is in a better shape.  During the recession in the early Nineties, there was very little intervention to protect home-ownership.  According to analysis by Sourced Capital, the number of repossessions jumped seven-fold.  In 2008, the Government took more measures to reduce foreclosures.  Repossessions increased by 445%.

This time around “the government reaction has been very swift and decisive” says Cook. “It was blatantly evident what was coming down the line, and the need to protect jobs.”  These measures will go a long way to prevent the forced sales and repossessions that characterised the last crisis.

Lending restrictions have also tightened up since the global financial crisis.  “Some people are still over-indebted” says Mr Rubinsohn, “but only a small proportion of loans are at a high loan-to-value.”  This minimises the risks of a big shock to the market.

For now, those homeowners who are highly leveraged are protected by mortgage holidays and the Government’s furlough scheme.

“In the run up to 2007, lax attitudes to lending helped sustain the back end of a bull run, with very strong house price growth running into the crisis” says Cook.  “There was a natural reaction as the credit crunch occurred.  We haven’t had the same cause so there has not been the same house price growth to require such a contraction in values.”

Still, says Rubinsohn, “house price to earnings ratios are still stretched, and pretty much every region is above its long-term average.”  While price growth might have been sluggish, affordability rates are at a crunch point.  One of the problems of the early Nineties crash was that mortgage rates were above 15%.  People couldn’t borrow to make up the difference in what they could afford to pay.  That is less of an issue now, as in March, the Bank of England dropped interest rates to a record low of 0.1%.  It’s possible to get mortgages with rates of a tenth of those in the early Nineties.

Banks are very risk-averse, with only low loan-to-value mortgages available.  House prices won’t necessarily fall as a result, but transaction levels will stay lower for longer, says Cook.  “It means the equity-rich part of the market will be active, rather than that which is more mortgage dependent.”

A new kind of forced seller

Cook argues that due to forbearance from lenders and the low interest rate environment, there won’t be as many forced sales of owner-occupied homes this time around, which lead to some of the biggest house price falls.  But there could be a new group of forced sellers who will have to accept price cuts.  The private rental sector will be the pressure point, says Neame.

There is a concentration of younger people in the industries, such as hospitality, that are worst hit, and as such unemployment will disproportionately hit renters.  In turn, this means it will be landlords who will bear the immediate brunt of the economic shock.  Although they are eligible for mortgage holidays, many rely on rents as income and will no longer be able to cover their costs.

The private rented sector’s share of the English housing sector has increased from 14.2% of England’s in 2008-9 to 19.3% in 2018-19, so there is a greater risk to the market of tenants who cannot pay rent.  In the years since the global financial crisis, buy-to-let investors have been heavily squeezed, particularly by the phased reductions in tax relief on buy-to-let mortgages, which began in 2017.  Many will have already been close to the edge.

And the last 12 years has seen the rise of Airbnb landlords.  The collapse in travel and tourism has already forced these owners to shift their short-term lets onto the long-term lettings market.  The volume of rental properties coming to the market jumped by 20% before lockdown, says Donnell.  Landlords will be under pressure from increased competition.

Donnell argues, however, that buy-to-let investors are not as vulnerable as you might think.  Only half are mortgaged, he says, and those that are have been heavily stress-tested by lenders.  The average buy-to-let mortgage has a loan-to-value of about 55%, and most landlords can tolerate 35% cuts in their rental income.  “There’s a lot of resilience” says Donnell.

How quickly can the market bounce back?

The greatest uncertainty for the market is the economy.  Should we favour the “V-shape” recovery forecast by Oxford Economics?  Savills has forecast house price falls of 5 to 10% but only in the short-term, if this is the case.  Rubinsohn is less optimistic, suggesting this prediction “imagines the economy could be put into hibernation and snap out of it with no lasting scars”.   The scale of the reported job losses means that it will not be possible for the housing market to immediately return to the buoyancy and optimism seen in February, he says.

Neame expects significant hurdles.  Buyers might well be able to negotiate discounts on their purchases, but most will also be trying to sell a property too, he says.  The market will be choked by its chains.   First-time buyers, who don’t have the restraint of selling a property, won’t be able to come into the market in the numbers required to pull the market along because lending has tightened up, says Neame.

This leaves buy-to-let investors, but they will be deterred by the 3-percentage-point stamp duty surcharge, and the reductions in tax relief on buy-to-let mortgages?  It’s not at all clear who will come riding to the market’s rescue this time.