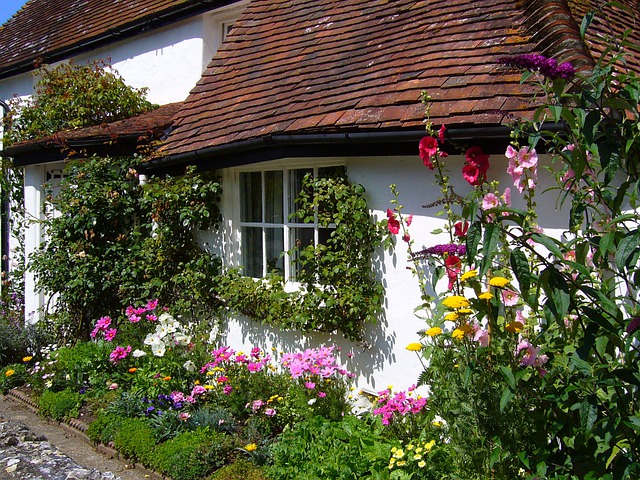 These are the areas that rank highest for quality of life and have the lowest house price to earnings ratio.

The rush of buyers moving away from cities has driven a well-documented frenzy for high-end country homes.

But where should you move if you plan to relocate on a budget, and still want to live somewhere that ticks every box?

Estate agency Knight Frank analysed local authorities in the top third of the deprivation index, which ranks areas by factors including local employment, education, health and crime. It then found pockets of value using the ratio of average local earnings needed to buy a home.

These are Britain’s most liveable and affordable rural hotspots.

The ward of Flitch Green and Little Dunmow in Uttlesford, to the north of Chelmsford in Essex, is the most affordable hotspot in the east of England. Homes here cost on average £399,789, equivalent to 5.1 times local salaries.

Flitch Green is a modern development on the site of a former sugar beet factory, while Little Dunmow to the east is a traditional village, home to The Flitch of Bacon, a restaurant run by Daniel Clifford who is chef-patron of the two-Michelin-starred Midsummer House.

Karl Manning, of Savills estate agents in Chelmsford, said London commuters now account for nearly a quarter of buyers in the wider area. They want more space to accommodate home-working and competition is fierce. “I have never experienced so many multiple offers on properties,” said Mr Manning. His office has 45 available properties and 1,000 registered buyers.

In the South East, Kings Hill, between Tonbridge and Maidstone in Kent (and roughly equidistant between the Kent Downs and High Weald Areas of Outstanding Natural Beauty), offers the best affordability. Homes cost £466,490 or 6.7 times local earnings.

Cheaper homes can be found in Cotford St Luke and Oake in Somerset, the most affordable hotspot in the South West. Properties average at £234,144, 6.3 times salaries in the area.

Strictly speaking, the top scorer in Scotland is Shetland Central in the Shetland Islands, where homes cost £131,790, 3.8 times local salaries. But for those seeking a rural escape without a 13-hour ferry journey from the mainland, Mid Formartine in Aberdeenshire may feel a little more accessible. It is also still the most affordable hotspot on the list. The average earnings to house price ratio is 4.1.

Buyers can get more for their money in Y Felinheli, a port village on the north coast of Gwynedd in Wales, than in any other British rural hotspot. Homes cost £164,237, which is 4.5 times local salaries.

Stephen Cheshire, who covers north Wales for Jackson-Stops estate agents, said the village is off the beaten track of holidaymakers and, crucially, holiday home buyers.

“The people from away is the big problem for all coastal locations in Wales at the moment, they have driven up values and priced locals out,” he said. In the most popular coastal areas, values are up 25%, driven by buyers from Chester, the Wirral, Liverpool, Manchester and occasionally from London who are primarily after second homes.

A little to the west, and closer to the Peak District National Park, is Checkley, a village in the valley of the River Tean on the outskirts of the town of Uttoxeter in Staffordshire.

A little west of the Lake District on the coast of the Irish Sea is the historic village of St Bees in Cumbria. It is the second cheapest hotspot in England, with homes costing £181,914 or 4.2 times local salaries.

Many of the houses are Georgian and the village has access to a series of large, sandy beaches. It is the starting point for the Wainwright Coast to Coast Walk. There is also St Bees School, a co-educational independent school founded in 1583.

Lesley Waugh of PFK estate agents in Cockermouth, said: “There has been a huge influx of out of area buyers moving in from cities.” People who would have bought holiday homes in the Lake District are also heading further west.

“We’re seeing sales with three or five buyers bidding for the same property and homes selling for £40,000 over asking,” said Ms Waugh. Prices have risen by 8% since the start of the pandemic.

In the North East, Western Parishes on the eastern edge of Stockton-on-Tees includes the villages of Redmarshall and Carlton. Homes cost £198,065, which is 4.2 times the £46,871 average local salary.

Heading south, on the outskirts of Leeds, South Milford takes the top spot in Yorkshire and the Humber. Average house prices sit at £230,957 or 4.6 times local earnings.

Image by Shirley Hirst from Pixabay