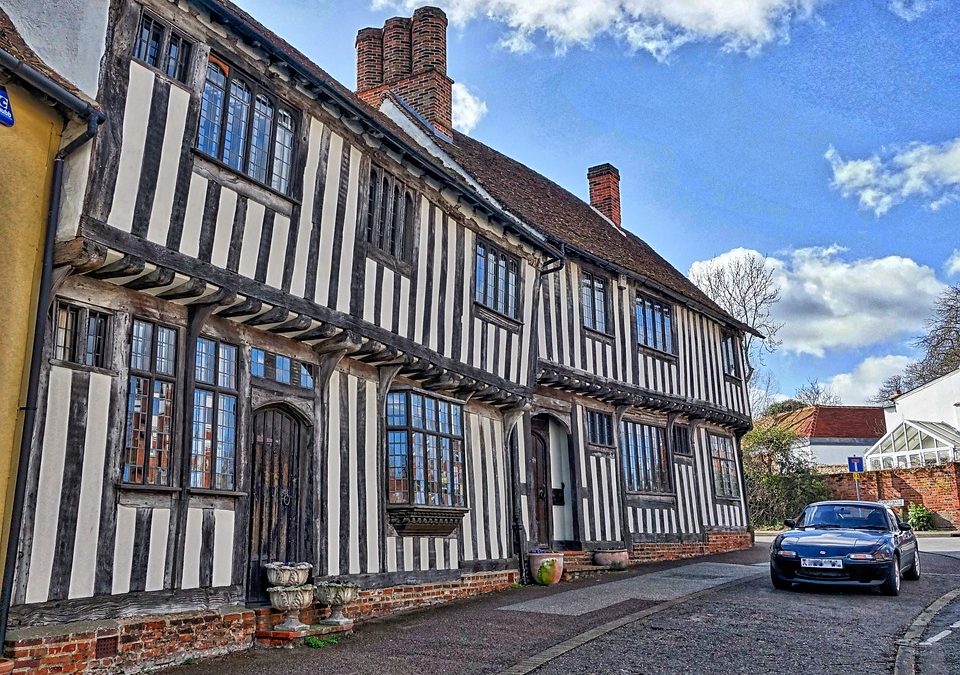 Every year, the Government asks people to answer the question, on a scale of one to ten: overall, how happy did you feel yesterday?

If posed this rather existential question, you might run for the hills, but it’s a handy tool to work out where to find the places with the highest levels of well-being.

Some people are happiest in big cities, at the centre of everything, but this is at odds with much of the country.  The survey shows that the happiest places in England and Wales are largely rural, in national parks, on the coast or in Areas of Outstanding Natural Beauty.  The only cities to show up in the top 20 are Chichester and Winchester.

Unsurprisingly, these places are also pricey.

Many of the places with the highest levels of well-being have house prices that are a lot more than the regional average.  In some happy hotspots, such as Lichfield in the West Midlands, the Ribble Valley in Lancashire and Richmondshire in North Yorkshire, you must pay a price premium of around a third over the regional average.

Chiltern district, which takes in Amersham and Great Missenden, is the 19th happiest place, but you’ll need to pay a 75% premium over the South East average to live there – contentment possibly being ­derived from a speedy and ­efficient commute to a well-paid job in London, matched with proximity to Areas of Outstanding Natural Beauty.

But there are exceptions.  This week, we looked for places with both the highest happiness levels and the most affordable house prices in contrast to their region.  What they have in common is that they’re rather hard to reach: these are not commuter belt hotspots.  Instead, they are peaceful places with a big sense of community, in Suffolk, Norfolk and Devon.

Staffordshire Moorlands (which covers parts of the Peak District), West Somerset and Mid Suffolk all have house prices that are lower than their regional averages. They are largely sparsely populated and, in the main, far from urban conurbations, making for a more challenging commute.

“This analysis highlights that, despite the rise of urban living in recent years, those living in more rural locations appear to be happier than those in cities” says Frances Clacy, a research analyst at Savills.  “Lifestyle is clearly a factor, but it’s also important to consider the demographic of local residents. These locations are likely to be popular with older and perhaps more affluent buyers who have retired.”

Peace and quiet in Suffolk

Anyone in search of a contented and affordable place to live should consider Suffolk: the county takes up two spots in our top ten.  Waveney in Suffolk tops our list, with house prices at £186,500 which is 33.2% lower than the average for the East of England.  The area incorporates market towns, including Beccles and Bungay, and perfectly preserved Victorian seaside resorts, such as Southwold.  In this idyllic spot there’s a great pier and beautiful streets, but 60% of properties are owned as second homes, giving it something of a ghost town feel in the off season.

Suffolk’s gently rolling countryside is unmarred by motorways, and it enjoys the best climate and lowest rainfall in the country.  “It’s far enough away from London to feel like you have escaped, but close enough to get to” says Jonathan Penn of estate agency Jackson-Stops.  “It’s that mix that makes it such a happy place in which to live.”

Mid Suffolk is sometimes dubbed “the heart of Suffolk”.  Predominantly made up of farming country, the area around offers an abundance of green space and beautiful countryside, according to Tom Orford of Savills.  “Little nearby villages such as Lavenham, which is known as England’s best-preserved medieval village, add to the appeal of the area, which attracts a mix of buyers including locals, commuters – particularly in the villages closest to Ipswich – retirees and downsizers.”

Mark Mugliston, of estate agent ­Durrants, recommends the village of Yaxley.  It has easy access to nearby Diss’s mainline station, which serves London Liverpool Street.  “It’s so rural, but well connected, while the village has a good community spirit” he adds.  It comes eighth in our list; house prices here are 5.8% lower than the regional average.

What makes you happy about where you live?  Get in touch with us on Twitter or via email and let us know why your area should be on the list.

Find out more at: https://www.telegraph.co.uk/property/house-prices/happy-affordable-live-high-levels-well-being-low-house-prices/?WT.mc_id=e_DM1029810&WT.tsrc=email&etype=Edi_Pro_New&utm_source=email&utm_medium=Edi_Pro_New_2019_06_10&utm_campaign=DM1029810